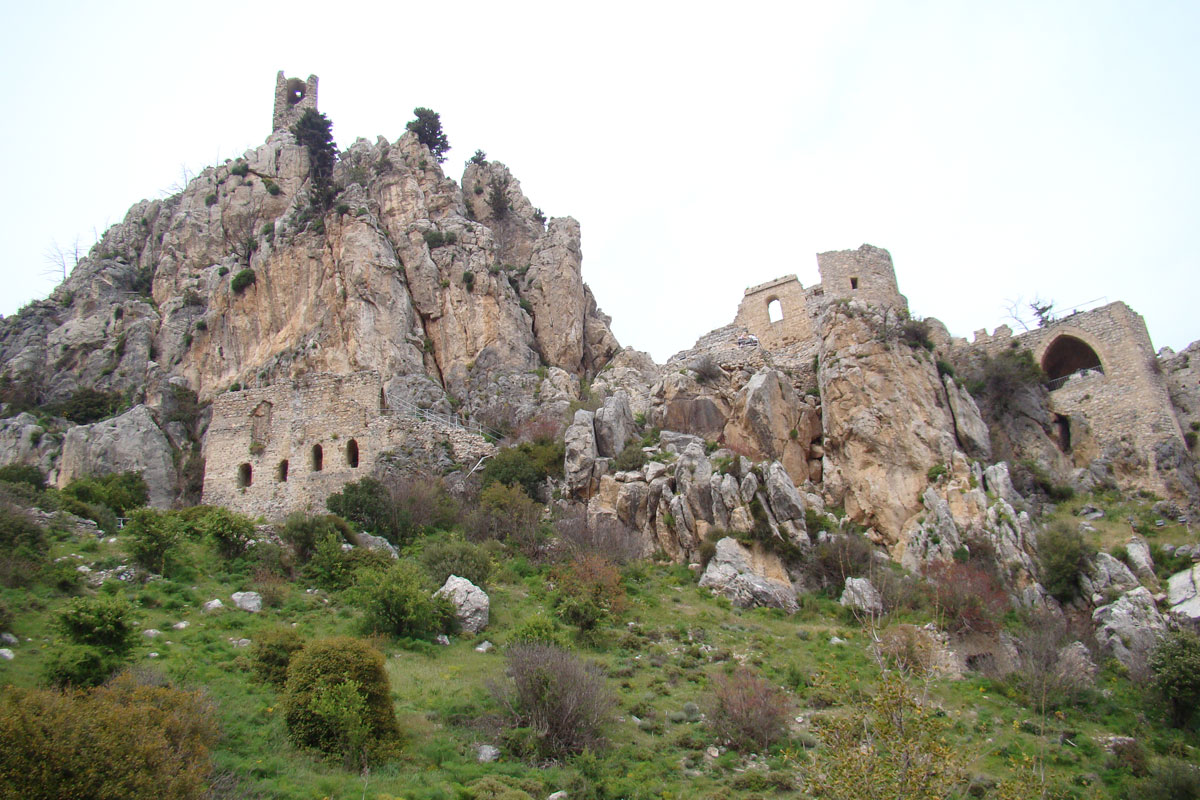 If you’re feeling a little more adventurous, St Hilarion castle should not be missed. Originally a Monastery, named after St Hilarion’s choice of the site for his hermitage, the Church was built in the 10th Century and subsequently fortified by the Byzantines. As a defence post, the castle maintained control of the mountain pass between Kyrenia and Lefkosa. Be warned, though, St Hilarion is not for the faint-hearted, there are many, many steps (over 600) to climb to the top but once you reach the summit, not only can you understand why it was a defence stronghold for the Island, but the views of the Island are beyond compare. Well worth the effort.